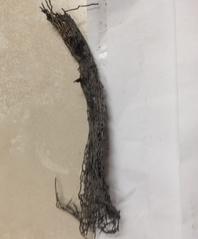 Millions of vehicles were recalled because of a defect which may cause them to not deploy, deploy with excessive force, or even cause the airbag to explode, shooting shrapnel at vehicle occupants. If you were injured as a result of an airbag, call us to discuss your airbag case.

Airbag attorney Jason Turchin is one of the country's leading attorneys representing victims of airbag injury claims. Our team has inspected many vehicles for airbag defects and can help determine if your airbag was defective and caused your injuries or led to an airbag injury death.

You may be entitled to money for your airbag case

If you were injured as a result of an airbag defect, you may be entitled to significant compensation for your injuries. Damages you may be able to claim include:

Injuries from an airbag injury can be lifelong and life changing.

If your airbag was defective, like a defective Takata airbag, you may have had serious injuries. Some of the possible injuries caused by defective airbags may include:

Stab Wounds - Many victims of exploding airbags reported having pieces of metal shoot out of the airbag and cause stab wounds. These pieces can strike the driver or passenger anywhere in their body. Our office has represented several stab wound victims, including a victim stabbed in the leg, and another who had a piece of metal stab him in the neck. That victim required emergency surgery to remove the piece of metal from his neck.

Burn Wounds - When airbags deploy with excessive force, they can cause severe burns and scars to drivers or passengers. Sometimes hot gas or air pushes out of the airbag and can burn the vehicle occupant.

Broken Bones - While minor injuries may be common from a normal airbag deployment, we've seen many victims with serious and catastrophic injuries resulting from excessive force deployments. These high powered deployments can cause broken bones to accident victims.

Open Reduction, Internal Fixation - When broken bones are unstable or severe, many airbag victims may require surgery to repair the fractures. These surgeries often require implanting hardware into the victim's body which can cause a lifetime of pain and suffering, as well as additional surgeries.

Paralysis - When airbags are defective, they can cause a car driver or passenger to become paralyzed. This often happens when the airbag deploys late or not at all. When an airbag deploys late, the accident victim is out of position and often right in front of the airbag which causes their body to snap back with significant force when popped with the airbag.

Quadriplegia - When an airbag explodes with too much force, or deploys when an occupant is not in the perfect position, the airbag can break bones in the victim's body and lead to quadriplegia.These victims may require life care costing millions of dollars, in addition to loss of quality of their entire life and the lives of their caregivers.

Accidental Death - A defective airbag can kill a driver or passenger. There are several ways this can happen. These may include a victim breaking his neck from a late deployed airbag, shrapnel shooting out and stabbing the victim in the neck, and a victim suffering a head injured from striking the steering wheel because the defective airbag failed to deploy.

Time may be limited to file an airbag injury claim

If you were injured as a result of a possible airbag defect, call us immediately for a free consultation at 800-337-7755. The time is limited to bring a claim. You may have a claim against Takata, Honda, Acura, Chrysler, BMW, Mazda and others.

Call today! We are open late and on weekends for free consultations.

Visit our Social Media Sites as well for more information:

If you were injured by an airbag, or a loved one was killed by an airbag, call us today at 800-337-7755 for a free consultation. Our team can fight to get you the compensation you deserve.